Electronic product certification in the world 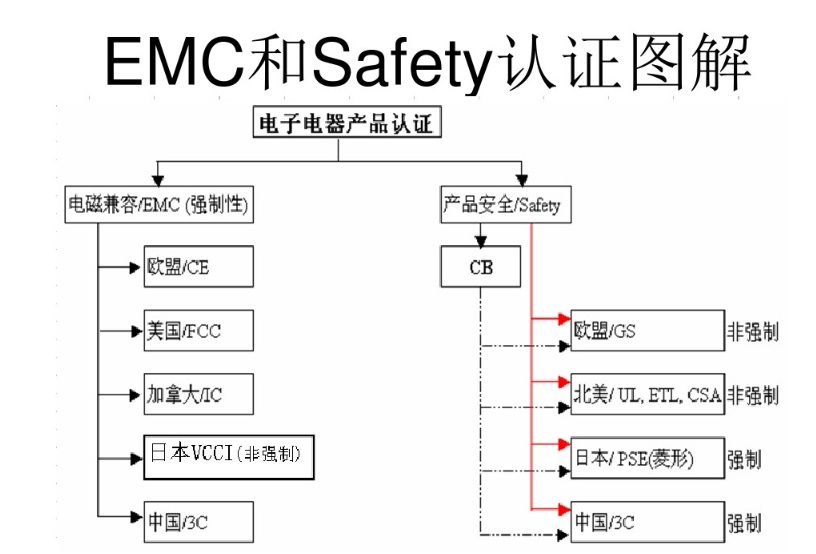 CE certification in the EU market

-Electronic motor products must comply with the following EU Directives:

VCCI is Japan's EMC certification and is not mandatory, but products are sold in Japan and are generally required to be VCCI certified.

C-Tick certification is an electromagnetic compatibility part of Australia, regulated by the Australian Communications Authority(ACA)

IC is a certification of EMC (Compulsory Certification) that must be passed by Canadian law to import electronic products.

GS certification in the EU market

GS is not mandatory, but it is widely recognized by consumers and businesses. In the German market, if the goods sold do not meet the GS requirements, it will be difficult to sell in Germany, and most countries in Europe recognize it.

The UL Safety Laboratory is the most authoritative in the United States and the largest private institution in the world for safety testing and identification.

UL is a voluntary safety certification. In the North American market, consumers accept and recognize UL marks, and there is generally no product range that specifies UL certification.

ETL(Electrical Testing Laboratories) is the abbreviation of the American Electronic Laboratory.

Products such as electronics and electrical appliances sold in the North American market, which recognize CSA safety certification, are voluntary.