Home > About us > Why Choose Us

Home > About us > Why Choose Us 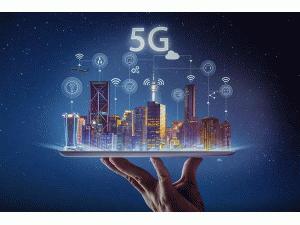 China Tower Chairman Tong Jilu recently publicly stated that up to now, China Tower has built a total of 200,000 5G base stations. According to the plans of the four major operators of China Mobile, China Unicom, China Telecom, and China Radio and Television, 600,000 5G base stations will be opened by the end of 2020, and the market gap is still large. “The sites that overlap with the 4G network can be upgraded on the original basis, and new sites need to be equipped with new resources, and the demand for energy storage batteries will greatly increase.” Bu Haigang said that with the widespread deployment of 5G, this demand will increase. Sustainability over a long period of time.

2020 is a critical year for my country's 5G network construction. In the recent "new infrastructure" intensively deployed by the central government, 5G networks have also become a key area mentioned. According to incomplete statistics, nearly 20 provinces have included the promotion of 5G industry development as a key task in 2020.

The Advanced Industry Research Institute (GGII) analysis believes that as the four major operators and China Tower start bidding for base station lithium batteries, the demand for base station energy storage will be further released in the future. It is conservatively predicted that the energy storage demand of newly built and renovated 5G base stations will exceed 10GWh in 2020.

For a long time, the base station backup power supply mainly uses lead-acid batteries, but the batteries have short service life, low performance, frequent daily maintenance, and unfriendly environment. "Compared with 4G base stations, the energy consumption of 5G base stations has doubled, and it is becoming smaller and lighter. Energy storage systems with higher energy density are required, and requirements for expansion and upgrading of power systems are also proposed." Bu Haigang said, "Iron Phosphate Lithium batteries have the advantages of high safety, long life, low cost, and continuous breakthroughs in energy density, which just fits this demand."

The huge market space brought by 5G base station energy storage has attracted the attention of many battery companies. At present, the domestic battery companies that have been deeply involved in the field of communication base stations for a long time mainly include Haistar, Topband, Narada Power, Shuangdeng Group, and Vision Power.

In November 2019, Guoxuan Hi-Tech signed a 5G new energy industrial base project with Tangshan City, which mainly produces 5G lithium iron phosphate batteries for communications, with a production capacity of 7GWh. After completion, it will form a total production capacity of 10GWh with the previous projects. It is expected to be comprehensive in the third quarter of 2021. Built.

According to industry insiders, in the context of the high demand for 5G base station energy storage, more and more battery companies will be influx, future competition will become more intense, and the market structure may undergo adjustments and changes.